Billy  is now shown at big shows while we campaign our two American Imports. At two of his last shows he was Res dog at the Spring Fair Specialty Nov 2010 and was 2nd the the Challenge dog at the 2011 Sydney Royal 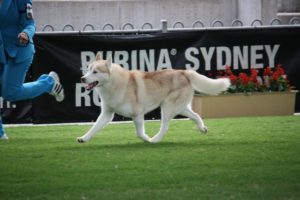 Billy on the move at the 2011 Sydney Royal 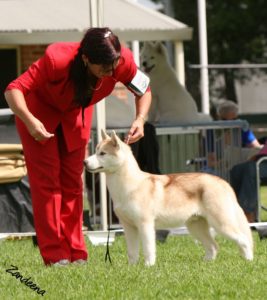 Billy as a Baby in his first 9 entries had 6 x Baby in Group wins of these.
Billy as a young dog was shaping up to be a lovely boy that moved beautifully to show himself off.

Billy then grew up very quickly and went gangli so I took him out of the ring for a while, while he matured.

Bought him back and Billy won a few classes in group and show and then went Best Exhibit in Group at 16 months of age just after he earnt his Australian Championship title. Bill, now also competes in Sled dog Harness. 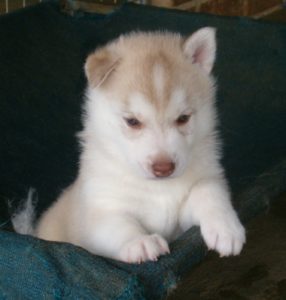